I dunno what to write anymore! Kids keep me busy. Work keeps me busy. By the time I think I should write something, in truth I can’t be bothered. Life’s just as it was…we’re all ticking along nicely. Rich got promoted so that’s good news. I got my boob bit at work…that’s funny news I suppose. Kids are doing good in school. Josh is still struggling with writing but they’re on top of it…they’ve started letting him dictate but he gets annoyed as the program struggles to recognise his weird UK/US accent, bless him.

Alex is doing grand altho not always his homework lol. Got himself a detention this week and an ear bashing. Too far to go home so me and Josh headed to Starbucks to really rub salt in too-Joshie made sure of that-they both love a frappucino. But like I’m gonna worry about a detention…seriously? He’s 10 and pretty much an angel so hopefully he’s learned a valuable lesson about doing homework before it’s due or miss out on coffee. 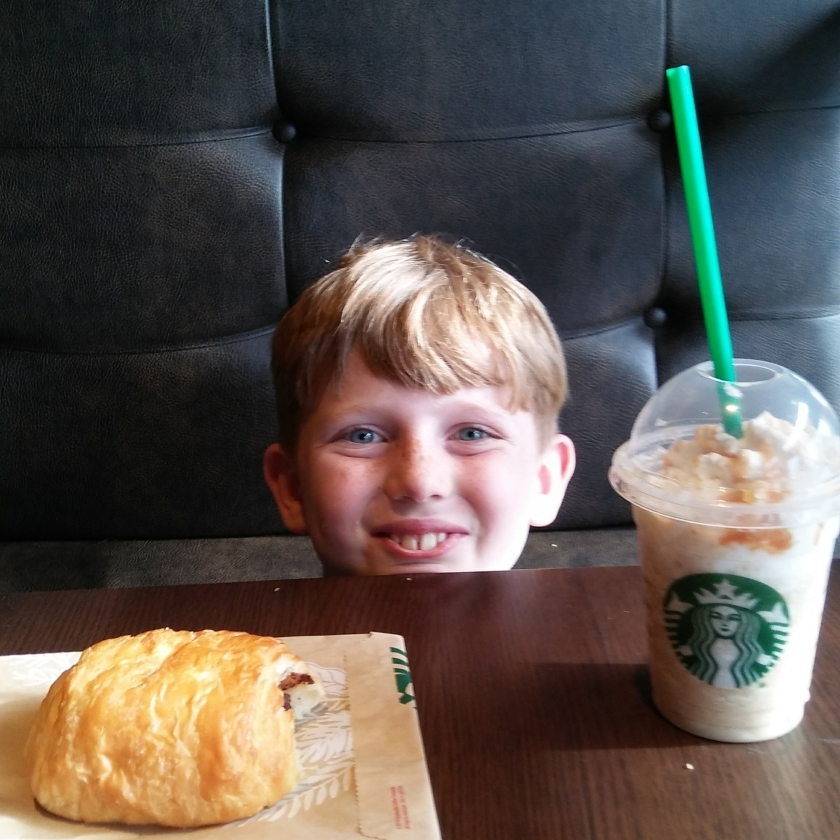 We’re all binge watching BeastMaster…a mental ninja warrior type show on Netflix. Josh is especially loving it (I’m typing this as it’s on so draw your own conclusions on that) but he’s fabulous to watch when he gets animated. The obstacle course is crazy hard but Josh just calls them out like they’re pathetic weak muppets…he’d make a good drill instructor that’s for sure! But he loved our trip to the local school’s playground today where we were all in training for the BeastMaster course apparently 😂

Anyway, that’s about all…spring break now so sure we’ll have some adventure even if it’s just to the store. I’ve not been writing down little man’s pearlers although he keeps them coming…I’ll try harder. Here’s what I did write down…he cracks me up…enjoy and keep well.

When I made the mistake of asking if the toy he was trying to convince me to buy in the store was really a necessity… “You’re a teacher’s helper but you don’t know the difference between a want and a need?”

Buying a PS4 with Call of Duty included. The store clerk asks if this is the model we want

“Yes! But do you have any other more age appropriate games?”

Me: Hey Joshie! Have you got anything to say to Aunty Leigh?

Joshie: not really! (And continues searching through the fridge)

Joshie: Erm actually did you know there’s actually a 0.00012 percent…(trails off)

Joshie: percent chance I have anything I want to talk about with her!

At the park and I’ve been pushing him on the swing for 5 or so minutes so I tell him he’s gotta learn himself, that my arm’s tired. “You got 2 arms…just use the other one!”

First off...I ain't no crafty person...if you've come for sewing tips, move along...nothing to see here. The occasional project for the kids where i tell them "to just hold it like that and people won't see that wonky bit". Altho maybe I am crafty in the "see if I can get the hubby to think it's his idea" sense. Yep! I'll admit I'm crafty there! But I am most definitely a Mom (and also a Mum as my eldest still prefers the English way to the American that my youngest has "toadally" embraced). And I love being their Mom! They are awesome kids. Chalk and cheese and peas in a pod! And they love bloody Minecraft. Building blocks, infinite possibilities, making mistakes but just starting again or trying a different way and a bit of fun altho I prefer good old country or 80's music to that soporific tune Minecraft drives me crazy with. Hence the clever pun. That and I couldn't think of a suitable Star Wars alternative. View all posts by momcrafty